This is a project that has been going on seemingly for... ever below NYC. The Wired article pasted below seems rather upbeat about its progress, not something many NYC residents (I believe) would agree with. Yes things are happening but I think the real sentiment will change when this 50+ year project has SOME portion that finally opens. One other thing I mentioned in the title of this post, where's the 2nd ave subway mention (which MTA says tunneling is close to completion...)? I feel like that's an even bigger need than LIRR east river access. Do you agree?


How Engineers Are Building a New Railroad Under New York City Workers inspect the “shock tubes” that set off blasting caps, which detonate the charges. More than 2,400 blasts have been conducted on the project. This tunnel is under 55th Street and Park Avenue. The yellow material is a waterproof membrane, which goes on before the concrete finish. During the day, rail cars will wait under Grand Central Terminal until it’s time to take commuters back home to Long Island. The concrete floor of the 55th Street ventilation chamber being poured. A total of 10 such areas will circulate air between the tunnels and the surface. This shows an access tunnel near 50th Street. These cross-passages (there are 19 total) can be used in emergencies or when repairs are needed. In what will be the LIRR terminus under Grand Central, workers use a hose with a pneumatic nozzle to spray Shotcrete onto the tunnel walls.
View as gallery
The biggest public transit infrastructure effort in the US is almost completely invisible — unless you’re 160 feet underground. The East Side Access project will connect the Long Island Railroad to New York’s Grand Central Terminal via a massive tunnel under the East River. Actually, that tunnel was the easy part; it was started in 1969. The hard part? “We are building a brand-new railroad here,” says Michael Horodniceanu, president of Metropolitan Transit Authority Capital Construction. When it’s finished in 2019, around 160,000 people will see shorter commutes. But before that, engineers must complete three tricky segments. Here’s how (and where) they’ll do it. 1. Grand Central Terminal“We are a stealth project when we land in Manhattan,” Horodniceanu says. “No one really knows we are here.” His crews are carving out a terminal beneath Grand Central (above), where twin caverns 1,050 feet long will have eight separate platforms.
2. Northern Boulevard CrossingTo keep the soft ground from collapsing, engineers snaked coils of coolant through the soil to form a protective arch of frozen earth. That let crews work safely while traffic rumbled overhead. Cost: $1 million per foot.
3. The Harold InterlockingThe busiest rail junction in the nation can’t stop for construction. As trains lumber through, crews have been boring the main tunnel below, rerouting and fixing cable and wire as they go. Work there, Horodniceanu says, “is like a dance.”
All photos: Dean Kaufman
Illustration: Brown Bird Design
Posted by DWFMBA at 5/30/2013 10:53:00 AM 0 comments

Who else is rooting for Kimi this weekend?

Everything you'd need to know about the Formula 1 Monaco Grand Prix courtesy of Jalopnik.

Why Kimi is awesome -> http://jalopnik.com/why-mumbling-weirdo-kimi-raikkonen-is-your-favorite-f1-499979978


On F1: Driving is the only thing I love about F1.
On Finnish activities: Well, in summer there’s fishing and shagging. And in winter the fishing is bad.
On winning: Yeah, winning feels good, but I’m not the type of guy who jumps up and down and rubs it in everyone’s face.
On why he races: I have decided to do motorsports because I don´t have to get up there so early in the morning.
On his helmet: It protects my head.
On collecting things: I collect walnuts.
On Army service: If the army would be voluntary I wouldn’t go there.
On speaking Italian: You can talk Italian if you want to.

I'm not entirely sure Ron Swanson is an actual character of his...

...in an interactive chart. 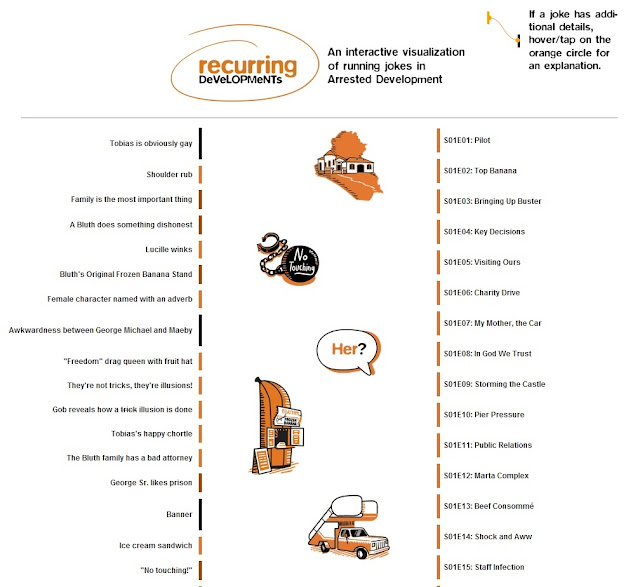 Click the source link below for the actual chart (this is just a screenshot).

"I'm used to a car with some stairs"