This is a pretty cool representation of the periodic table organized by the country where it was discovered*.
UK, Sweden, Germany, USA and France have a big showing here. COME ON AUSTRIA!

In case you couldn't quite wrap your mind around Hodor

...from Game of Thrones, here's a chart that should help in nearly any Westeros situation.

Email ThisBlogThis!Share to TwitterShare to FacebookShare to Pinterest
Labels: Game of Thrones, Hodor

I watched several hours of racing last weekend, the 90th anniversary (81st running*) of Le Mans. I'm loving that F1, Le Mans, Touring car, etc racing is finally getting some TV coverage on this side of the Atlantic, even if I'm filling my TiVo with 8+ hours of HD racing footage at a time...

This year's Le Mans started out rather tragically though. About 40 minutes into the 24 hour race, Team Aston Martin Driver Allan Simonsen died as a result of his injuries in a crash. On-board camera footage (easily google'able, I don't want to post it here) shows his car coming out of a turn, wiggling the tail end, then taking a dramatic left off the track into the wall.

Despite this tragedy, the race continued with constantly changing weather conditions. This warranted frequent tire changes for all classes as quickly approaching rain kept proving too dangerous on slicks, which would then clear up shortly over a switch to rain tires. Having watched a lot of the race its amazing that there weren't more crashes due to this unpredictable weather, or mistakes in the pit....

Check out some pictures below.

How do the world's racecars compare?

After the 81st running of Le Mans last weekend, I though this would be a good time to post this infographic I saw on Jalopnik a few weeks ago.

I'd like to see some GT-class car stats in there. I know that they'd be just above WRC's with regard to power, but definitely a grey area where it stands with the other cars stat-wise.

I grew up on the water, by water I mean saltwater. I am still confused by large bodies of water without salt in it. I've been to some big lakes and sank like a rock, Yes I do understand physics but this was still a surprise to me. I guess if there isn't the threat of sharks or a rogue sea turtle, I'm outside of my comfort zone. Nevertheless, this is still pretty cool. Former Google engineer Nelson Minar collected an exhaustive list (which was then mapped) of all U.S. inland waterways. This data, sourced from the U.S. Geologic Survey includes rivers, streams, tributaries and creeks (or cricks if you have a Philly accent :) ).

Its actually pretty incredible the level of coverage in the lower 48, especially in the areas usually seen as part of the dustbowl. Definitely click the source link below for the full-res, zoomable version of this map.


From the Source:
A comprehensive depiction of many memorable Muppet characters from throughout the years (and some not-so-memorable ones as well).

Each square represents a different character and indicates the primary Muppeteer(s) for that character, as well as the year and production in which the character made its debut. Borders align with hair/hat colour, background aligns with skin/fur colour, and colour of the abbreviated name represents nose colour (for characters with noses that is). 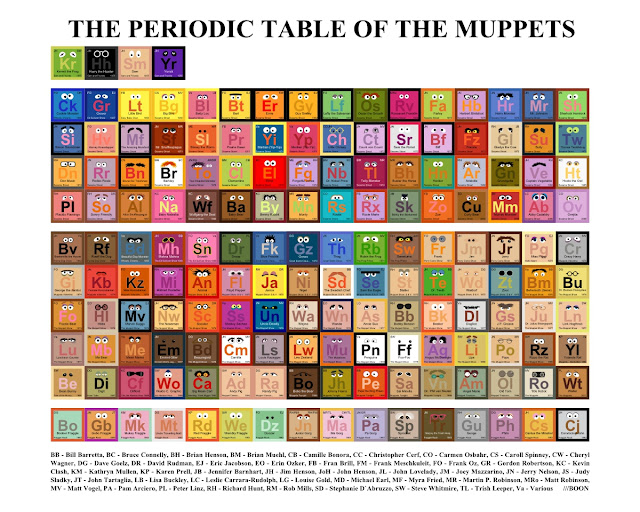 How does Superman shave?

Bill Nye has a plausible theory...

Color photos before and after D-Day

Mental Floss posted a link to Frank Scherschel's Time-Life collection  of rare color photos taken in Europe before and right after the Allied invasion of Normandy beach on June 6, 1944.

I pasted a few below but definitely click the source link to see the whole collection, some of these are really intense.

From LIFE.com: "In rare, color photos taken before and after the invasion, LIFE photographer Frank Scherschel captured countless other, lesser-known scenes from the run-up to the onslaught and the heady weeks after: American troops training in small English towns; the French countryside, implausibly lush after the spectral landscape of the beachheads; the reception GIs enjoyed en route to the capital; the liberation of Paris."

Warner Brothers just released the new trailer for what looks like it could be the best movie of the summer...

I thought this Campbell's ad was cool.