During the recent digging for a new subway line in Greece workers discovered an ancient road beneath the surface. Click the source link below for more.

Archaeologists and employees of Metro's construction company present to the media and public the ancient ruins in the northern Greek port city of Thessaloniki on Monday, June 25, 2012. Archaeologists in Greece’s second largest city have uncovered a 70-meter (230-foot) section of an ancient road built by the Romans that was city’s main travel artery nearly 2,000 years ago. The marble-paved road was unearthed during excavations for the city’s new subway system that is due to be completed in four years, and will be raised to be put on permanent display for passengers when the metro opens. 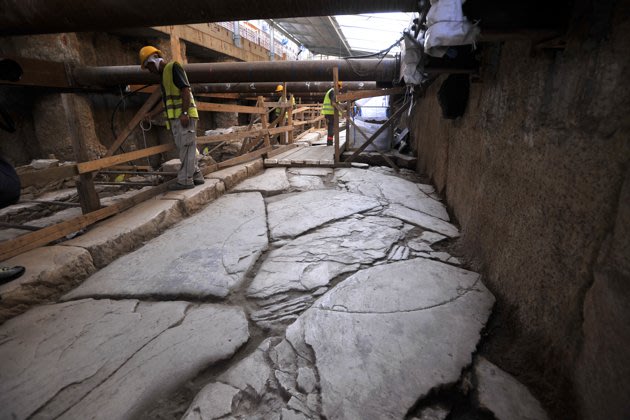