Then why don't we have records of ancient Japanese Hulks?! 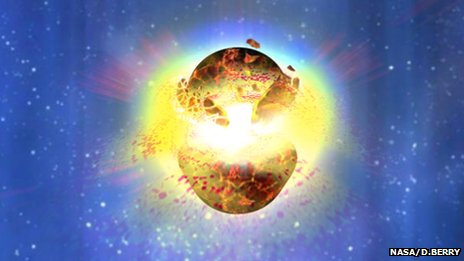 From BBC:
Last year, a team of researchers found that some ancient cedar trees in Japan had an unusual level of a radioactive type of carbon known as carbon-14. In Antarctica, too, there was a spike in levels of a form of beryllium - beryllium-10 - in the ice. These isotopes are created when intense radiation hits the atoms in the upper atmosphere, suggesting that a blast of energy had once hit our planet from space. Using tree rings and ice-core data, researchers were able to pinpoint that this would have occurred between the years AD 774 and AD 775, but the cause of the event was a puzzle.


German researchers have offered up a [possible] explanation: a massive explosion that took place within the Milky Way. One of the authors of the paper, Professor Ralph Neuhauser, from the Institute of Astrophysics at the University of Jena, said: "We looked in the spectra of short gamma-ray bursts to estimate whether this would be consistent with the production rate of carbon-14 and beryllium-10 that we observed - and [we found] that is fully consistent."

These enormous emissions of energy occur when black holes, neutron stars or white dwarfs collide - the galactic mergers take just seconds, but they send out a vast wave of radiation. Prof Neuhauser said: "Gamma-ray bursts are very, very explosive and energetic events, and so we considered from the energy what would be the distance given the energy observed.

A solar flare has also been put forward as the cause of the radiation "Our conclusion was it was 3,000 to 12,000 light-years away - and this is within our galaxy."

Although the event sounds dramatic, our medieval ancestors might not have noticed much.


Way to sh*t the bed Lancelot.