I'm not normally a NASCAR guy

but for this I'll make an exception. 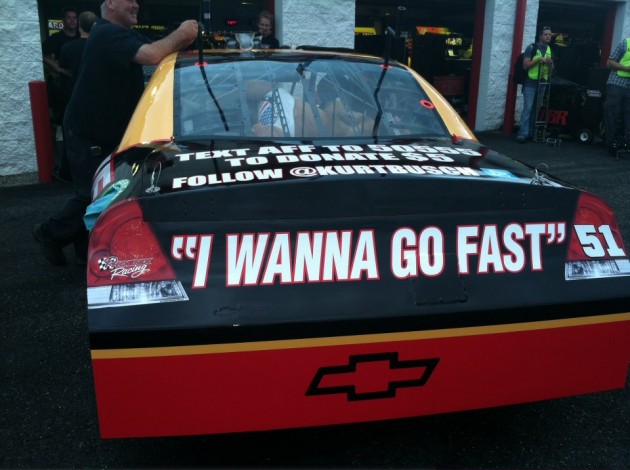 Short version:
Kurt Busch (like Ricky Bobby in the movie Talledega nights) didn't have any sponsorship for his car, so he got all the necessary permissions, and ran a replica of Ricky Bobby's car towards the end of the movie, when he was in a similar situation.

Busch and his crew plan to drop lines from the movie over the team radio all weekend, which will include referring to crew chief Nick Harrison as "Lucius Washington." Driscoll joked about Busch's often-vitriolic radio communications by saying it was the one time where he would actually WANT fans to listen.