Possibly cure for the common cold (and other virus')

Cambridge university researchers have discovered a way to get antibodies to fight a virus AFTER its infected a cell. Previously virus' would be fought while in the bloodsteam, etc or the infected cell was simply killed off to kill the virus too.

This is pretty cool especially if it can be applied to other viral strains. 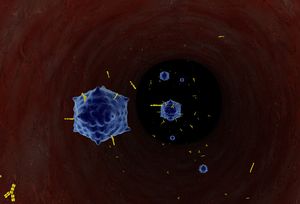 However, 1 potential "problem" to this is a population boom caused by defeating virus' that are currently controlling world numbers. We already cannot sustain the current world population, additional strain in waste disposal, food supply and housing could really be bad...