The irony of this isn't lost on me

...as I blog about people that (likely) think blogs actually matter.

For there can't be more money out than money in, its simple math. Cutting services blindly is never a good idea, but when something is obviously redundant, unneeded or legacy for the sake of legacy programs are the first on the chopping block in times of economic strife. How many other jobs can make the salaries they get by doing what is basically unskilled labor, without the use of grandfathered unions?

In come the Bloombergville(ists? ers?). A friend sent me these pics of protesters across from city hall.

I'll just quote the article (sourced below) that was posted after they finally packed up and left.


After three weeks of camping out near City Hall, the few lingering “Bloombergville” protesters headed home Wednesday night, convinced they made a difference.
At one point, more than 100 protestors attempted to defeat Mayor Michael Bloomberg’s $66 billion budget, which was approved by a near-unanimous vote by the city council last week and cut funding for schools and libraries and will lead to 1,000 city employee layoffs.
Although the budget passed, organizer Teresa Stern said the protests were successful.
“Our primary purpose was to press the city council on the budget vote and to raise public awareness, and we accomplished that,” Stern said.


Really? just raise awareness? Not actually get them to change their plan to your agenda? You only wanted them to know your agenda existed? If that's the case then yes, you were successful. To quote my friend who sent me the pics "I guess they're going back to blogging about their complaints".

Its unfortunate that they feel ripped off, but lets be realistic. 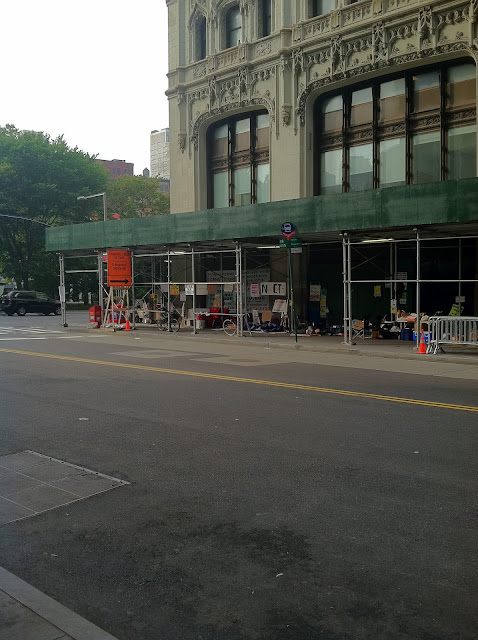 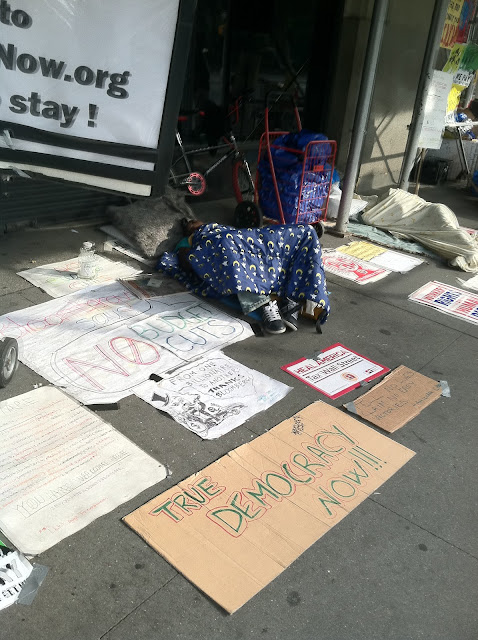 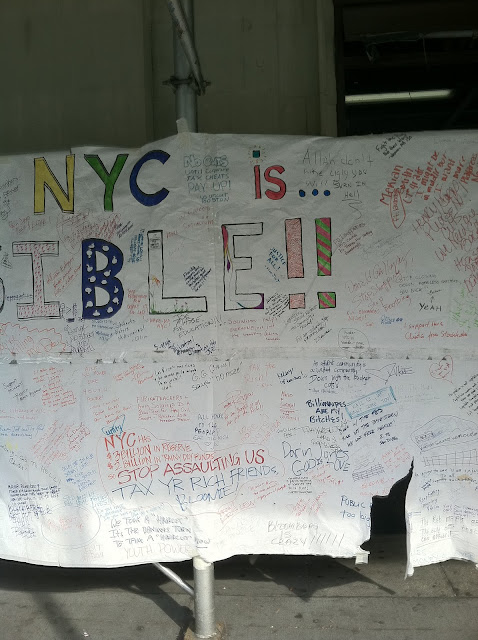 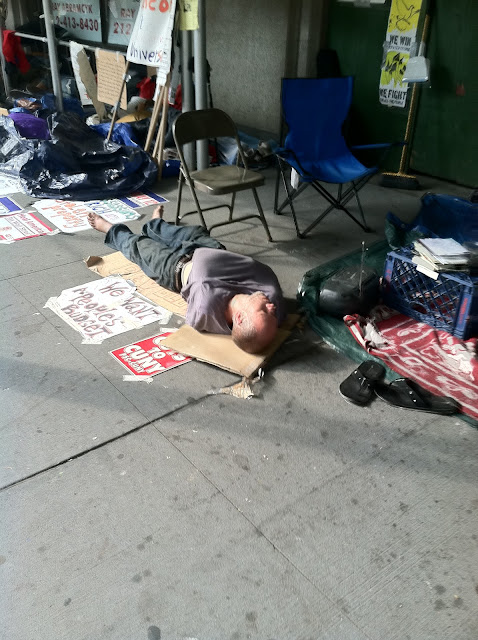 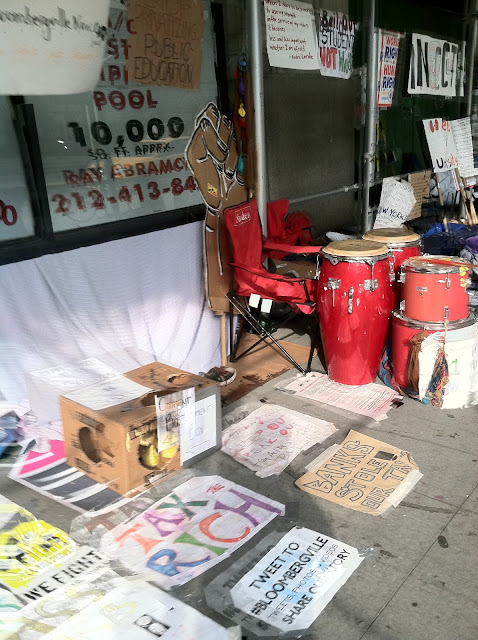