I'd like to thank Fox DC for clearing up what a scab was for me, otherwise I would've been totally lost! 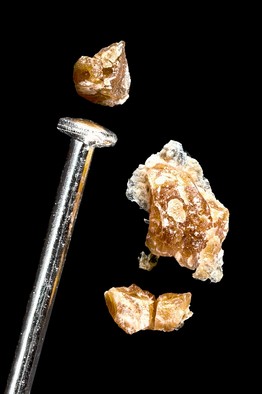 Scabs -- pieces of desiccated skin that contain white blood cells, viruses and other material --
The Virginia Historical Society, a Richmond VA institution, put together an exhibit called "Bizarre Bits"  which included Confederate President Jefferson Davis' cigar, a fungus carving of Robert E. Lee on his horse and a preserved smallpox scab (among other things).
From the article:
The scab got the attention of the Centers for Disease Control and Prevention (CDC), home to one of the world's two known caches of live smallpox viruses. Alerted by a government scientist in Maryland who was concerned that the scab might transmit infection, the agency dispatched two CDC representatives to Richmond. They donned disposable surgical gowns and gloves, lifted the scab from a display case, sealed it in bio-bags inside a red cooler and whisked it back to a high-security lab deep within the CDC's Atlanta headquarters.
The scab was irradiated by the CDC, moved to a medium security facility (from level IV, remember Outbreak?) and is planned to be returned the the museum.
oh yeah, almost forgot... GROSS