The Fukushima 50: "Not afraid to die" 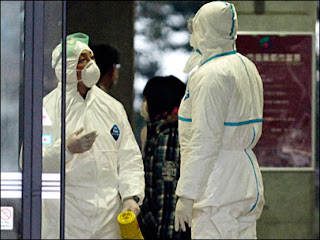 50 members of the Fukushima Nuclear Plant staff (50 members on duty at a time out of a total ~180 people) have decided to stay inside of the control room to attempt to stop the radiation leakage. Located at the center of the 20 mile evacuation radius, they are currently being exposed to dangerous levels of radiation from the leaking Nuclear core.
From the article:
The 50 are working amid decreasing but still dangerously high levels of radiation."The longer they stay the more dangerous it becomes for them," said expert Margaret Harding. "I think it is a testament to their guts for them to say, 'We'll stay and if that means we go, we go.'" If the contamination threat isn't contained in a few weeks, finding enough workers willing to face the risks could become a crucial challenge. Dallas said he expects that in that scenario, the Japanese energy authorities may have to find volunteers willing to undergo similar dangers, which will be hard to do, but not impossible. Keep in mind they'd be volunteering to head into a place so potentially dangerous, that anyone within 20 miles of it was just asked to evacuate.

How Fukushima explosions differ from Chernobyl