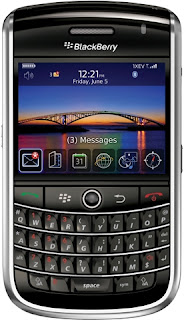 Anybody that knows me would say I was (keyword: was) a BlackBerry FANATIC. While I still argue that they have the BEST email experience on a phone, and BBM is the BEST chat program I've ever used, I just couldn't take the goddamn hour-glassing anymore...

I had a Blackberry 9650 (Bold aka Tour 2), running OS6. OS6 definitely was better than OS5 feature-wise and interface wise. But was arguably the same in my experience for speed. While appearing similar to the T-Mobile Blackberry 9700, that I had prior, This phone shared almost nothing with it, and it showed. The 9700 was snappy, light, great battery life, didn't lag and held a signal predictably. The 9650... didn't. Even after a handset swap (due to it resetting itself several times a day, usually in the middle of a call or whenever I hit the camera button) and a battery warranty exchange, the problems were only partially alleviated. I'm not the only 9650 customer with these exact complaints either.

Battery life usually meant carrying around a wall charger (6-7 hours total). All the "well, shut off all services, all radios, brightness all the way down" words of advice from the carrier in the world didn't help. Why would I buy a smartphone that I had to use with the screen dark, no GPS and no apps running? The 9700 I used to have didn't require ANY of this. 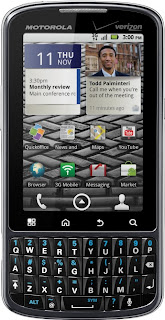 I decided to jump ship to Android (something I've been eyeing at a distance for a while) after reading this -> http://www.bgr.com/2011/03/03/exclusive-blackberry-messenger-will-launch-on-android-and-ios/ While I'm aware its still a rumor, but BGR is usually the source of very credible leaks... That was enough for me. I've heard 3 separate people say to me "well I'm shorting RIM's stock after hearing you left". As funny as that is, I don't agree.  I think RIM will always (for the foreseeable future) have bread-and-butter corporate and gov't handset sales base. Their strength overall is Security, email experience, remote management and finally BBM. No other chat protocol works this well (I do wish it did a better job of PIN numbers following users after handset upgrades/replacement, but that's just a minor complaint). For more fickle (or shall we say robust?) users such as myself, RIM might have figured out a way to keep us as paying customers, despite us aiming to jump ship to another platform anyway. I see RIM focusing a bit more on software for other platforms in order to gain customers that they would've lost anyway. Yes they'll lose a few handset sales, but will definitely have a net gain on this move. BRAVO WATERLOO.

Short version, I got rid of my Blackberry 9650 (will be for sale soon on ebay/craigslist, I unlocked the GSM side too) for an Motorola Droid Pro... I figured if i was to jump ship from the handset I've had for 8+ years I wasn't ready for 100% touchscreen. I'll upgrade again when a dualcore, LTE android phone comes out?

Anybody got app recommendations?

Hey RIM, Sign me up for the Android BBM BETA!