Using the leftover chicken (that we had frozen) from this, I made some soup. 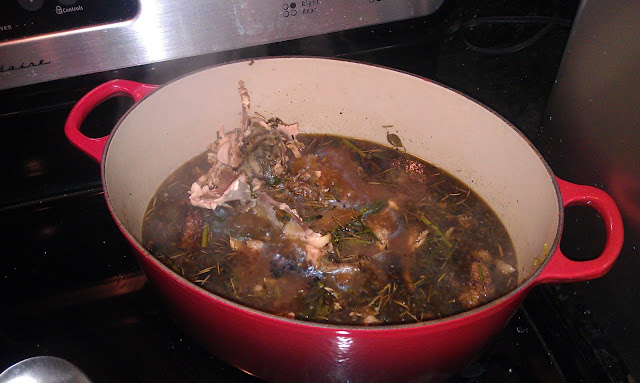 I made the broth (beforehand) with the rest of the chicken parts (see above) , 2 kinds of fresh thyme, fresh oregano, fresh parsley, bay leaves, a ton of rosemary, an onion, 3 carrots, a handful of leftover raw cabbage (shredded), the stems of a bunch of kale (used the good parts later in the actual soup), chopped garlic, salt, black pepper and some rooster sauce. Sauteed that for about 4 hours on very low, let sit in fridge for a few days after I filtered out everything but the actual juice 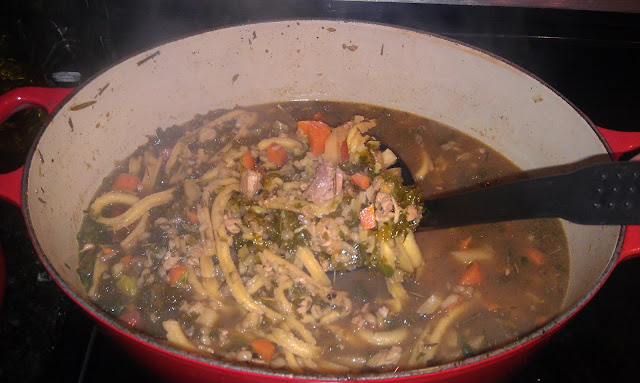 Later to make the actual soup, re-added a bunch of the leftover beer can chicken meat (both white and dark), a large handful of barley, the kale (good parts), another 2 carrots, more onion, a chopped potato and a handful of dried Spätzle.That cooked for about 2 hours.

Salted to taste... and it was great.

I still have enough meat leftover for at least 1 more meal. Prob going to shred it, add a bit of Frank's and make a buffchick grilled pizza.